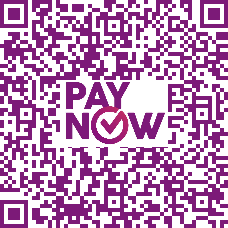 In this randomized, controlled prospective study to measure the effectiveness of calf compression in reducing the incidence of DVT, 141 patients undergoing coronary artery bypass surgery received either pneumatic calf compression devices or no prophylaxis. Sequential pneumatic calf compression devices were applied to both legs in the operating room and remained in place until the third postoperative day. No other preventive measures were used. Each patient was screened on the seventh postoperative day for DVT with impedance plethysmography and Doppler ultrasound. Venography was performed if there was an abnormal IPG, ultrasound or physical findings suggestive of DVT.

In the control group, twenty patients had extensive DVT- The risk also increased with age: 66.7 percemt of all thrombosis cases occurred in patients older than 60 years, while the incidence rate inpatients over 70 year was twice that of patients between 60 and 70. In addition, DVT was most frequently detected on the sixth or seventh postoperative day.

Conclusion: The reduction of the incidence of DVT in the compression group was highly significant. There were no complications or side effects associated with compression and patient acceptance was good. in addition, the presence of the cuff over the area of caff incision had no adverse effect on wound healing or local postoperative pain.